The power of direction and meaning – My interview with Jordan B. Peterson

The power of direction and meaning – My interview with Jordan B. Peterson

I recently interviewed one of the great minds currently walking on earth: Dr. Jordan B. Peterson.

As a Harvard professor, he was nominated for the prestigious Levinson Teaching Prize, he is regarded by his current University of Toronto students as one of three truly life-changing teachers. His YouTube channel’s 275 videos have 500,000 subscribers and 25 million views, and his classroom lectures on mythology were turned into a popular 13-part TV series on public television. In this interview, we talk about the power of direction, meaning, compelling visions and characteristics of the most effective leaders.

What is the power of direction and meaning in personal life and in work?

I think the psychological literature on that is already quite clear. Imagine that you take a group of employees, including managers and executives. One part of the group makes a detailed business plan on how they are going to contribute to their corporation’s goals. The other group makes a detailed life plan on how they are going to put their lives together. Within that they nest their career aspirations. Then you do a head-to-head competition with regards to who is more productive and healthy as a consequence of formulating the plan. The group that made the life plan wins hands down.

A lot of work is difficult and not even necessarily intrinsically interesting. Therefore, to be maximally motivated at work, you need to understand how the difficult and stressful things you’re doing at work are serving goals that you regard as admirable and paramount. In order for that to happen you need to know what those goals are.

To the degree that you formulate a detailed and profound personal vision, including strategies for implementation, you lend to your endeavors all the motivational forces of those ideals. I am not speaking metaphysically, we know exactly how this works neurophysiological.

Most of the positive emotion that people feel is not associated with the accomplishment of a goal. It is associated with the pursuit of a goal. That means: no goal, no positive emotion. This also implies that the higher and more elevated the goal, the more emotional power there is in the realization that you’re moving towards it. So, one of the things you want to do is to formulate, a, what I would say, profound metaphysical vision that is practical.

Your vision is about your career path, friendships, intimate relationships, your family, activities outside work, your mental and physical health, your character. You need to think about all those things and you need to integrate them into a vision of who you could be.

Then it has to be a vision that speaks to you. The vision says something like ‘if I could be this and have this then that would fully justify my conditions of existence’. Your vision has to be sufficiently compelling. You have to be able to believe in it. That lends to all of your endeavors the power of that vision. It also makes you less anxious. Because one of the reasons that people get anxious is because they’re uncertain, and one of the ways out of uncertainty is to define your pathway forwards.

If you’re in a car, and you know where you’re going, and you’re going there, then you’re not anxious and you’re pleased. And then all of a sudden you find yourself without a goal and in an unknown place on the map. You instantly become anxious and the anxiety signifies that you’re not anywhere that you understand and so that you should get prepared for all hell to break loose.

So, if you formulate a vision, not only have you placed yourself within the structure that gives meaning to your endeavors, you’ve also put walls around your psyche that keep excess uncertainty at bay. That keeps your stress levels down and that stops you from aging and that makes you healthier.

I am dead serious about this. One of the most fundamental contributors to stress is uncertainty, and the way your body responds to uncertainty is by preparing to do everything, and that is too psycho-physiologically demanding to keep up for a long period of time without aging. And so high levels of stress, mediated by the primary stress hormon cortisol, make you old. They increase your risk of diabetes and cancer and heart disease and Alzheimer’s and depression and obesity. Because you’re burning your resources up at a suboptimal rate.

What does this mean for leaders of organizations?

And then then the other thing that’s so interesting is you don’t have to force compliance anymore. Because the compliance will come out as a consequence of being compelled by the vision.

This means that for a leader to be able to communicate a vision that is authentic and compelling to others, you should know your own direction.

It’s also pretty much the definition of a leader, because the one thing we can say about leader is ‘a leader knows where he is going, a leader has a direction’ right? You lead somewhere. So, when we tend to divorce the idea of leadership from the idea of direction we have got it backwards. If you know where you’re going there are certain personality traits that can help you be more compelling when you express that, like extraversion. But the fundamental attribute of a leader is that the leader is going somewhere worth going and can communicate that in a manner that’s believable to others. So, there’s integrity that’s associated with that because it can’t just be a cover story. It has to be the real thing.

The destination is the issue. You want to know why you’re doing what you’re doing and you need to be able to communicate that to other people. Otherwise you live a life of falsehood. That makes you weak and weak people suffer. And worse, when people suffer, people can make other people suffer for it. So that’s not good, there is nothing in it that’s good.

What do you think are characteristics of the most effective leaders?

I would say it depends on the leader. The most effective people I have met are the people who know where they are going and why. They have other attributes. Good leaders tend to have other attributes like very high levels of energy. Generally speaking, they’re fortunate with regards to their physical health. But it’s more than that. They have the kind of temperament that’s very energetic. They are also people who do what they say they are going to do. That’s part of trait conscientiousness, and that’s part of being trustworthy over long periods of time.

But generally speaking the most effective leaders are people who have a very clear vision of where they’re going, and why, and also are capable of delineating that vision into implementable strategies. You have to know where you’re going, but you also have to know exactly how you’re going to get there. In ways that are implementable and measurable. That’s the sort of thing that takes it out of the metaphysical cloud in some sense. It makes it very, very pinpoint! 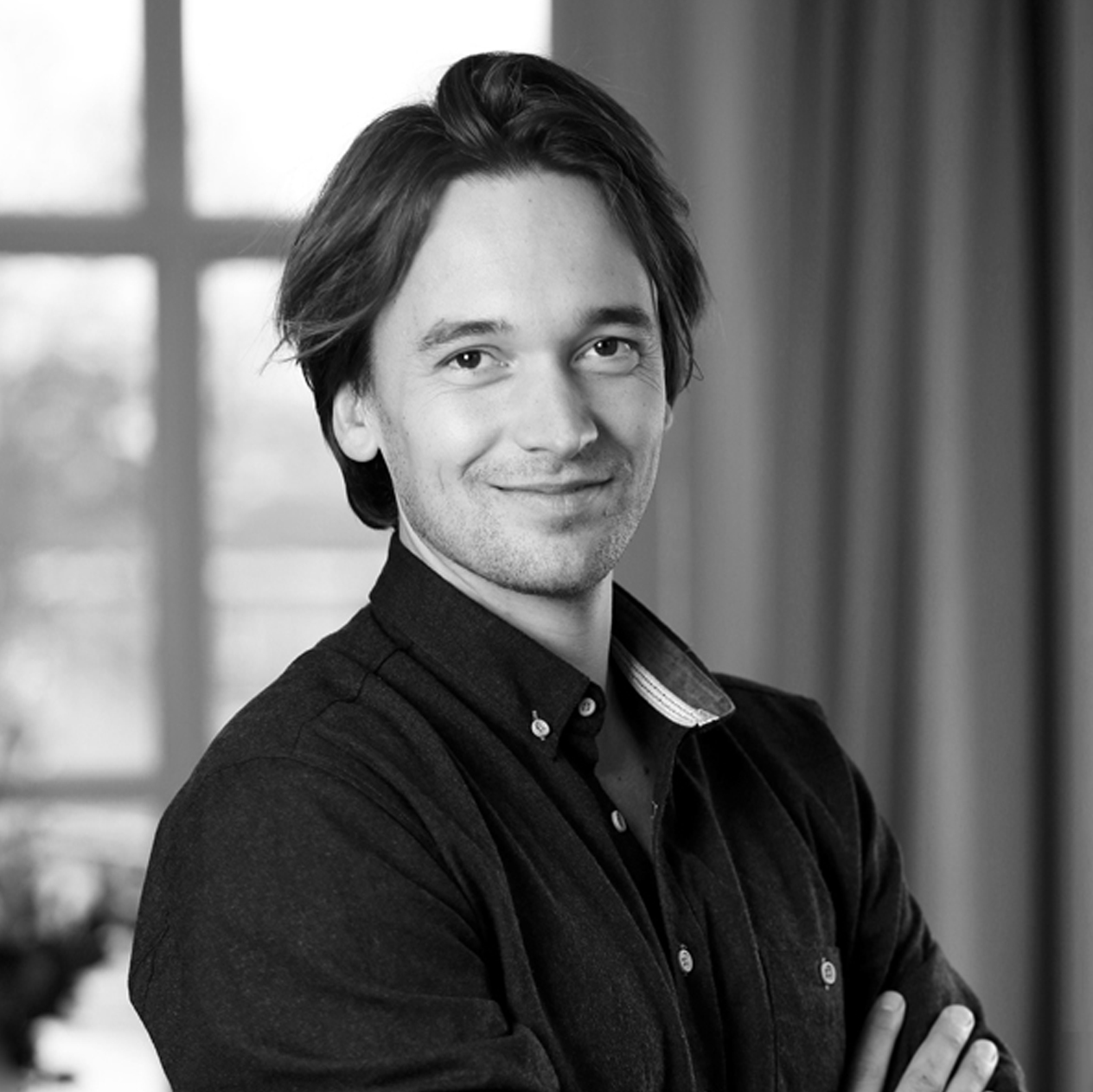 I am a mix of a psychologist, author and entrepreneur.

In my late twenties I founded OPEN Business Leaders, a cross sectoral network of more than 700 leaders and entrepreneurs of large and medium sized companies. When I got fed up with my ‘work hard, play hard’ lifestyle I started to crack the code of reality and awakened to a deeper, profound and more joyful reality. This personal transformation intensely changed my experience of life and my view on leadership and entrepreneurship.

More creative, happy and relaxed in 15 minutes a day
Dominik Eulberg
Close Cart
We use cookies to give you the best experience on our site.
Accept
Read more